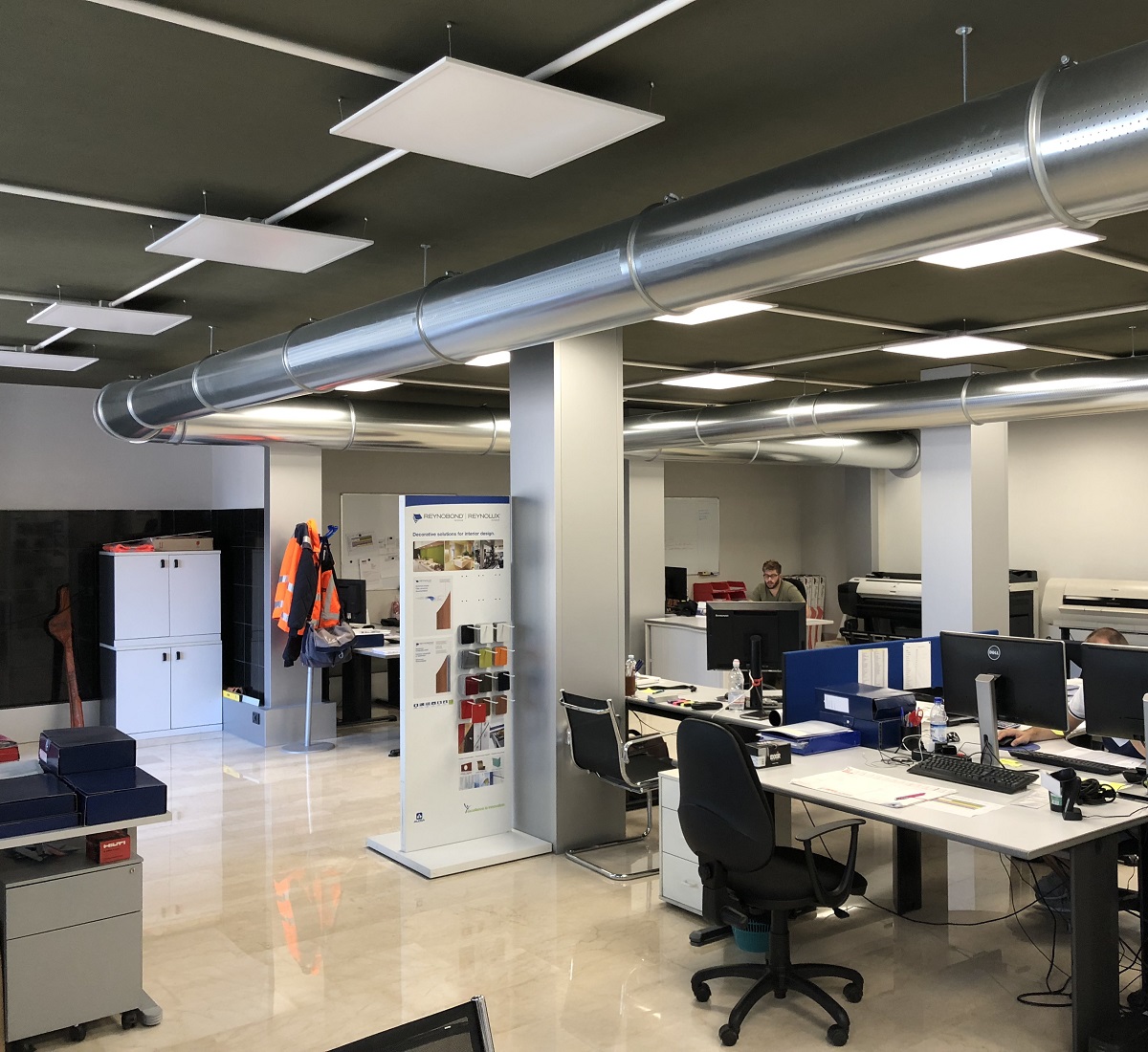 An interesting article concerning the importance of good air treatment to contain the spread of the SARS-CoV2 virus in closed environments recently appeared in the major national newspapers based on a research by the Bambino Gesù Pediatric Hospital held together with Ergon Research and the Environmental Medicine Society (SIMA). According to this study, air conditioning systems play a decisive role in controlling the dispersion of potentially contagious particles (droplets and aerosols) produced by breathing in closed environments since it has been documented that the doubling of the air conditioning flow rate inside a closed room reduces the concentration of contaminated particles by 99.6%. With the increase in ventilation, in fact, the air dispersion of droplets and aerosols is faster with a consequent lower concentration of contaminant at very low and substantially irrelevant percentages for the purpose of contagion.

Obviously the air exchange with VMC systems or with AHU with recuperator is an essential prerogative for all air conditioning systems, in fact we can cite another article published in El País, the most popular newspaper in Spain, where examples of situations have been reported. at risk whose probability of contagion was calculated by a “Covid Airborne” software developed by a group of scientists led by Professor JL Jiménez of the University of Colorado.

Our high induction micro-perforated diffusers ONEAIR DHI , textile, plastic and metal, fit into this framework as they have the ability to mix up to 25 times compared to the air introduced (induction effect) therefore they perform an even more amplified action of reducing contaminating particles. Thanks to our CFD sizing software and in association with the systems mentioned above, they represent a very effective technical solution to contain the spread of the SARS-CoV2 virus in closed environments.

This website uses cookies to improve your experience while you navigate through the website. Out of these, the cookies that are categorized as necessary are stored on your browser as they are essential for the working of basic functionalities of the website. We also use third-party cookies that help us analyze and understand how you use this website. These cookies will be stored in your browser only with your consent. You also have the option to opt-out of these cookies. But opting out of some of these cookies may affect your browsing experience.
SAVE & ACCEPT